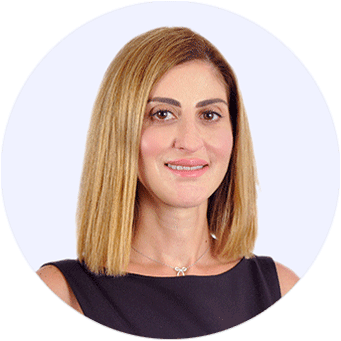 Lina is the Senior Executive Officer of ArgoGlobal (Dubai) Underwriting Limited responsible for delivering profitable growth in the region. She has worked in Dubai since 2002 where she started her insurance career with AIG and later moved to ACE/ Chubb before joining Argo in 2011.

In 2018, Lina was recognized as one of the world’s most influential woman in insurance by the Insurance Insider magazine. Lina is fluent in Arabic, English, and French plus basic Portuguese.

Lina holds a B.Sc. degree from the Lebanese American University in Beirut and has attended many leadership courses at Harvard, and underwriting courses in the USA and London.